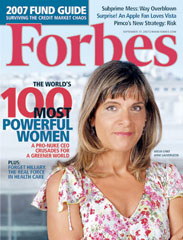 The art of moving art

Meet the handlers who know how to keep art under wraps.

Taking proper care of a collection is painstaking, necessary–and best left to professionals.

In January, midtown Manhattan’s most renowned club dweller was booted from the King Cole Bar at the St. Regis Hotel on East 55th Street. The barfly in question–the King himself, as portrayed in oil on a three-paneled mural by American illustrator Maxfield Parrish–was shuttled to Rustin Levenson Art Conservation Associates in Chelsea to dry out and clean up. Conservators spent four months removing five decades’ worth of dirt, tobacco stains and cocktail splashes from the merry old soul and his retinue.

While the conservation work led by paintings specialist Harriet Irgang was an art unto itself, so, too, was the task of removing the 8-by-30-foot piece from the wall. The six-hour job, which ended with the mural sprung from its immense frame, covered in acid-free paper and rolled around three “sonotubes” in a climate-controlled truck, was handled by Primary Art Services, an august member of the field of “art handling” that plays a vital if largely unheralded role in the preservation of artistic treasures.

“Getting the painting off the wall wasn’t that bad,” recalls Steve Lebron, a partner in the Brooklyn-based firm, who assumed a spot high above the bar for the operation. “But getting it off its stretcher was quite a process. That’s when we found out it was not only stapled but glued at the edges.” All in a day’s work for an art-handling pro, and nothing the conservator’s iron couldn’t melt free.

From crating for transit to preparing works for extended storage to limiting damage from unforgiving disasters, art handling is the blue-collar backbone of the art world. Many in the field are artists–frequently with masters of fine arts degrees–who are drawn by a desire to be close to what they love. Operations range from solo handlers with vans and time on their hands to sizable firms like Washington, D.C.–based Artex, which bills itself as “the nation’s largest fine art services” outfit and has offices in four cities.

With the art market exploding–scoring a Warhol by age 30 has become a cultural notch of the new-moneyed set–art handlers are in demand like never before. According to Hislop’s Art Sales Index, more than 177,000 works of fine art were sold at auction between August 2005 and August 2006, each of which had to be gotten somewhere. Art fairs such as Art Basel Miami Beach and TEFAF Maastricht display thousands of pieces annually. Museums are lending at unprecedented rates, with registrar operations and displays at each end. And on any given day, countless works zip around the globe for consideration by galleries and private collectors.

While all that may be great for art commerce, it can be hell on art. “A good portion of the damage we work on is travel-related,” notes Irgang, echoing the sentiments of several conservators. “Proper art handling is very important to what we do, and too many people take it for granted.”

Indeed, pulling a painting off a wall or a sculpture from its pedestal exposes it to a host of hazards. The Canadian Conservation Institute (CCI), a research center in Ottawa, counts ten “agents of deterioration” that threaten art, many of them transportation-related. These include “direct physical forces,” such as shock sustained by a dropped crate full of Fabergé eggs or vibration from a truck with bad suspension; “incorrect temperature,” as might endanger a crated work waiting out a snowstorm on the tarmac; “incorrect humidity,” from, say, a poorly planned transfer from the parched Southwest to the sultry Southeast; as well as “pest issues,” “water” and “thieves, vandals and displacers.”

“The goal is managing risks and mitigating those hazards,” notes Paul Marcon, acting manager of the Analytical Research Laboratory at CCI and a conservation scientist. “If an art handler anticipates and looks carefully at the information that’s out there, it’s possible to mitigate risk despite the unknowns.”

The fragility of art has never been a secret, but it wasn’t until the 1970s that art packing and transport got serious, as museums began applying standards developed by the military and the electronics industry to packaging treasures. As art values shot skyward in the ’80s, a group of institutional professionals made an effort to codify the tricks of their trade. The effort resulted in “Art and Transit,” an international conference held in London in 1991. “If you have ever wondered what happens to the painting inside the packing case when it topples off the tailgate of a truck or is rammed by a forklift, then this was the conference for you,” reads a summary by the American Institute for Conservation of Historic and Artistic Works. Over five days, participants from CCI, the Smithsonian Institution, the National Gallery of Art in D.C. and the Tate Gallery in London swapped findings on the effects of temperature and humidity on the stress of paint films; theories and concepts of vibration and shock (the former is apparently less hazardous than the latter, “provided paintings are given backing boards”); the abrasiveness of packaging materials; and more.

“There had been so much fiction in packing, and the meeting resulted in fairly significant changes to the way museums were doing things,” recalls Mervin Richard, now deputy head of conservation at the National Gallery of Art.

While the conference’s gee-whiz findings are key, the pros also rely on good ol’ know-how. Scott Atthowe of Atthowe Fine Art Services in Oakland, California, says his greatest source of inspiration is Fine Homebuilding magazine: “In many ways, building a crate is like building a house.”

To witness art handling in the plywood, as it were, I visited SurroundArt, another Brooklyn-based outfit whose recent work includes the ongoing transfer of 108 paintings from New York’s City Hall to a conservator for restoration. The firm, which also has operations in Washington, occupies three floors of a nondescript building in the borough’s Dumbo district, with 65,000 square feet of climate-controlled space for art packaging, storage and even studio space where artists can work.

Traffic was light in the crating room as SurroundArt’s partners, Kele McComsey and Michael Murray, both veterans of the Smithsonian, led me around. As crate-makers puttered, we examined a large box awaiting cargo.

Built for 30 works on paper, the crate was designed according to specifications from an exhibition curator–right down to its exterior color. Inside, paper lining provided protection from glues in the plywood, which include formaldehyde, lest they “off-gas” and yellow the art. A rigid layer of pink insulation came next, to guard against drastic temperature changes, followed by ester foam to cushion and further insulate the works. In the center, a custom stack of foam trays had been erected for the works to lie flat on so they wouldn’t stretch. And detailed instructions had been prepared so that handlers receiving the crate could unload it without harm.

A far cry from the roll-and-rubber-band method I once used to transport my college poster collection, but pretty straightforward by art-handling standards. “The real challenges come with three-dimensional works,” said McComsey, whose firm has overseen everything from dinosaur skull shipments in “cavity pack crates” to the treasures of Tutankhamun. “There’s no one way to package pieces like that, and crates have to be designed with consideration of every point on the object that can be stressed.”

A superb example of such work was put together by CCI’s Paul Marcon to protect fragile glass sculptures by Canadian artist Catherine Richards. One piece, called Charged Hearts, included a hollow glass sphere filled with gas and wired with electrodes. Marcon researched old techniques for shipping vacuum tubes and encased the artwork in a crate within a crate suspended by springs. For another, I Was Scared to Death/I Could Have Died of Joy, a gas-filled glass brain set within a glass tube had to travel all the way to the Sydney Biennial without a scratch, or even a rub. Marcon filled the artwork with polycarbonate fingers so the brain could shift in its tube without abrasion as the crate moved. “That inspired a lot of crate envy from installers in Sydney,” recalls an obviously smitten Catherine Richards.

Will you be smitten, too? Plenty of collectors attempt to move works on the cheap rather than tap the talents of professionals. “It is often quite amazing the things that come to my studio in an envelope in the mail,” says Daria Keynan, a conservator of works on paper at Daria K. Conservation in New York. “You wonder, What was the point of sending it in the first place?” Then there are those collectors who go it on their own. “I’ve seen valuable pieces picked up from galleries and put in the car for the ride home, and who knows what happens to them,” says Gregory Smith, a fine-art insurance adjuster in Irvington, New York. “Usually sellers will make an effort to educate buyers to use a professional.”

Smith notes that fine-art insurance policies typically stipulate that artworks must be packed and shipped by “competent professionals,” and most insurers are happy to recommend them. But what is “competent”? “Artwork can be packed beautifully, and then a forklift goes through the crate,” says Smith. “I’ve seen crates fall off of trucks, crates shipped upside down, things fall on top of crates, someone fall into a crate.” He ends the list with a laugh. “Moving an artwork is your biggest risk of loss.”

Among the benefits of professional art handling is that many firms are adept at Byzantine customs issues and can speed up paperwork on international shipments.

So, how much will it run for a pro to handle your art? Primary Art Services’ rates start at $125 an hour for a two-man “basic transportation” of a painting. At SurroundArt, a painting shipped from New York to L.A. in an “exclusive-use truck” with dual drivers could cost $6,000 to $12,000. If your tastes run to Ming vases or monumental Richard Serra sculptures, lord only knows. But it beats bubble wrap and the backseat of your car.

You can find out more about which cookies we are using or switch them off in settings.

This website uses cookies so that we can provide you with the best user experience possible. Cookie information is stored in your browser and performs functions such as recognising you when you return to our website and helping our team to understand which sections of the website you find most interesting and useful.

Strictly Necessary Cookie should be enabled at all times so that we can save your preferences for cookie settings.

If you disable this cookie, we will not be able to save your preferences. This means that every time you visit this website you will need to enable or disable cookies again.